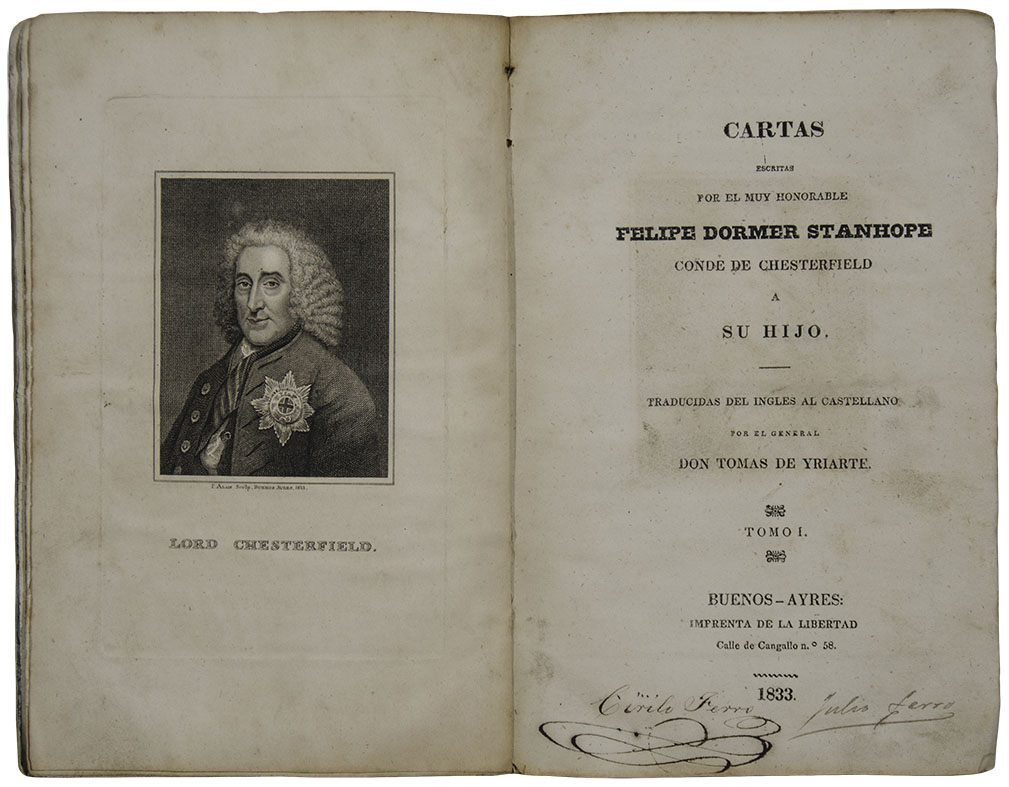 Letters written by the Most Honorable Philip Dormer Stanhope, Earl of Chesterfield, to his son. Translated from English into Spanish by General Don (...). Buenos - Ayres: Liberty Printing House. 1833.

The author of these Letters, Lord Chesterfield (1694 - 1773), politician and writer, edited his correspondence with a natural son, whom he endeavored to educate in the best possible way in his time. In the same way, its translator, the Argentine general Tomás de Iriarte, acted with the intention that it would be useful to his children, "because the author possessed that practical science, and knew how to teach it. But once his work was done, he understood that it would be of great benefit to the Argentine Youth, and he dedicated them to it.

Tomás de Iriarte, with a long military career, wrote numerous works; from a treatise on Instruction for light artillery, to a military memoir, with the Projects of operations destined to defeat the tyrant Rosas. And among his various intellectual works, he translated the Lord Chesterfield's Letters into Spanish for the first time. To illustrate his edition, he commissioned the illustrator and lithographer Juan Alais to paint the English Lord, a task that he carried out with remarkable success. The following year, chosen for the quality of this work, it was Pedro de Ángelis who requested the lithographic portrait of Juan Manuel de Rosas and once again the art of Alais emerged with all its grace. Both prints are extremely rare.

Send us an email briefly indicating which works you intend to put on sale, and we will respond. click here

Complete with your registered email: